The Audit Bureau of Circulations of South Africa (ABC) has released the 2019 ABC figures. The ABC figures provide audited circulation data for all member publications, allowing advertisers to see exactly how many copies of a publication are being circulated, compare advertising rates and make informed decisions about where to place advertising, to ensure the maximum return on investment for their clients.

Three of our clients, Noseweek, The Coffee Magazine and Forbes Africa are members of the ABC. Noseweek and Forbes Africa report in the ‘Business and News’ category of the ‘Consumer Magazine’ report. The Coffee Magazine reports under the ‘Leisure’ category of the ‘Consumer Magazine’ report.

With a total ABC figure of 18 436 (which is up nearly 24%, from 14 915 at the same time last year) Forbes Africa is now the second biggest publication in the ‘Business and News’ category. They are however the biggest circulating printed publication with a print circulation of 18 126 copies. Business Brief has the biggest total circulation but only circulates 1 584 printed copies every second month. Congratulations to Sid, Sikona, Roberta, Chris and the rest of the excellent team at Forbes Africa, who produce this quality pan-African business monthly. 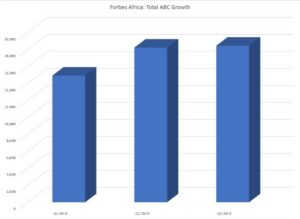 Noseweek has the largest retail sale of all the publications and is thus the market leader in this category. They are closely followed by Forbes Africa. It is no coincidence that the two magazines with the biggest retail sales are both distributed by iSizwe Distributors. Retail sales represent circulation to readers who pay for publications with their own money because they want to read that particular issue of the magazine. They are not sponsored copies or copies that are paid for by employers. These copies thus give massive value to advertisers. They are read eagerly and regularly by highly committed and engaged readers. The fact that these magazines have the largest and second largest retail sale in the category stands them in good stead. Advertisers should be queuing up to advertise in them. 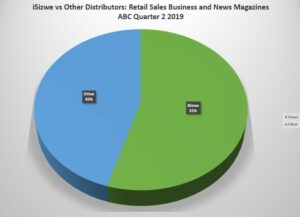 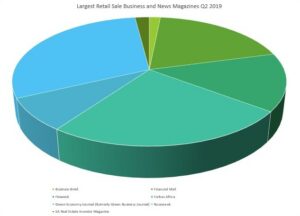 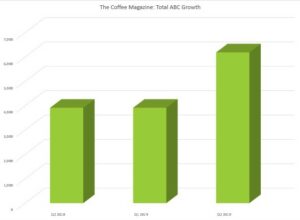 It is clear from these results that iSizwe has a very good and growing portfolio of publications. We are proud of our publishers and wish them all the best. It is also clear that iSizwe Distributors is able to deliver market beating results for our publishers despite difficult trading conditions. We focus on delivering improved efficiencies, maximising sales and by effectively managing the entire distribution value chain we ensure that we create value for our publishers by growing circulation and sales revenues. A big thank you to Irene and Jolanda who make this happen for iSizwe and our publishers. Looking forward to even better results next time!